Shown is a geographical map of Calexas, but how and why this body of land formed a month ago remains a mystery to scientists.

AUSTIMENTO – The physical unification of two politically polarized states – California and Texas – has left scientists scrambling to understand what caused the anomaly as residents of the newly formed land mass struggle to coexist.

Some consider it a natural wonder, others divine intervention – but the joining of the liberal and conservative regions a month ago into a new geopolitical entity, Calexas, has prompted widespread growing pains for the 50 million people living within the 432,000 square-mile area who have been forced to navigate a new environment as well as cultural differences.

“It’s difficult to describe the phenomenon of Calexas in a way that’s scientific and makes sense,” said Amanda Green, once a physicist at NASA’s Jet Propulsion Laboratory in Pasadena, now a physicist at a facility that also resembles NASA’s Space Center in Houston. “Inter-dimensional fecal nova, perhaps? It’s a cosmic shit-storm, that’s for sure.”

As Green and her team attempt to comprehend how the left- and right- leaning regions of the United States have combined to form Calexas, residents with opposing world views strive to find common ground and cohabitate in peace.

Millburn Drysdale, movie mogul and vegan, said during an interview at his mansion – once located in Beverly Hills, California, but now also resembling Crawford, Texas — that he was shocked when he discovered a few weeks prior that the owner of the estate next to his was a carnivorous oil tycoon he recognized from the news.

“I never thought I’d have a billionaire hillbilly for a neighbor,” said Drysdale, raising his trimmed eyebrows as he leaned back in a white faux-fur recliner, “but as I stepped into my Tesla on my way to the studio one morning, there he was — Ted Johnson, waving at me in a cowboy hat and gray sweats, mowing his sprawling lawn like a smug idiot. I’m sure he’s every bit the cheap, arrogant bastard he’s portrayed as in the press.”

A profile pic taken from Millburn Drysdale’s social media site neglects to show how difficult it is being rich and cool in Calexas.

Drysdale said that shortly after their encounter Johnson invited him to a barbecue, to be held on the forthcoming weekend, but Drysdale was not sure he would attend, mostly to avoid the embarrassment he and his neighbor might feel if they were forced to make small talk and pretend to be interested in each other’s lives.

“Just because Ted enjoys chomping on a slab of red meat, I hope he realizes not everyone else does in Calexas,” said Drysdale, gazing out his living room window at Johnson’s Antebellum-style mansion. “I’ve heard people from the Panhandle are not very tolerant of those with tastes, or philosophies, distinct from their own.

At that point, Drysdale turned to the reporter.

“Maybe I should preemptively deescalate this situation and call myself out as a whiny liberal by sending my wife next door to inform him of my dietary restrictions?” said Drysdale. “She could suggest items for the menu – Quinoa, for example – that are rich in protein but don’t taste like grilled cow. It would be a win-win for the neighborhood, I’d imagine, as I can’t be the only vegan living on the block …

“Hey, wait … you’re a professional snoop … maybe you should go over there and feel him out for me?” 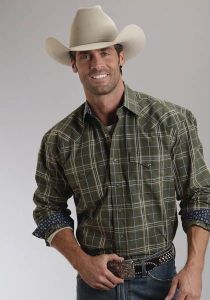 Johnson laid on a leather sofa in his living room with a glazed look in his eyes as he channel surfed on a 20-by-10 foot Smart TV.

“I don’t know what that guy’s problem is,” said Johnson as he stared at a re-run of The Beverly Hillbillies. “I mean, he’s a Californian, supposed to be laid back, right? Yet ever since he saw me mowing my own lawn, he’s eyed me with suspicion. Can I hire a few landscapers and do more to prop the local economy? Sure, maybe. I know I’m rich, but is it wrong if I like to do household chores myself?

“If I don’t, I just end up laying around all day, watching football highlights, drinking beer … and doing nothing. That ain’t right.”

Johnson tossed the remote to the side and walked to his mini-fridge. He withdrew a Bud Light.

“Want one, ma’ am?” said he to this reporter, who declined.

When asked about the protein options to be available at the barbecue, Johnson rolled his eyes and said, “Is that what this is about? What I plan on throwing on the grill? I thought a barbecue would be a nice way to bring the neighborhood together … does he think I live in a bubble? Of course the menu will include fake — excuse me, impossible meat. All of my guests will be well-fed and sent home satisfied.

“If we know how to do anything right in the Lone Star State, it’s throw a party …”

Johnson pointed his Bud Light in the direction of Drysdale’s Ionian-style mansion.

“Now you run back over there and tell that uptight hipster it’s time for him to pull out his Armani sport coat, Eddie Bauer T-shirt, True Religion jeans, and Converse sneakers … because Saturday is gonna be a hoot!”

EDITOR’S NOTE: This article is the first in a four-part series covering life in Calexas. In the second article, we will explore how a born-again Christian from Galveston and an agnostic skater from East LA reconcile their ideological differences on the Boardwalk of San Venice Beach. In our third article, we will listen to scientists discuss the physical boundaries and unique set of laws that govern Calexas. In the fourth article, we will cover a meeting between the former governors of California and Texas in the new state capital, Austimento, as they determine what the motto for Calexas will be.

Like Loading...
‹ Assault-style vehicles coming to a neighborhood near you
To move forward, try looking back: Book review, lessons on Tales of Soldiers and Civilians ›