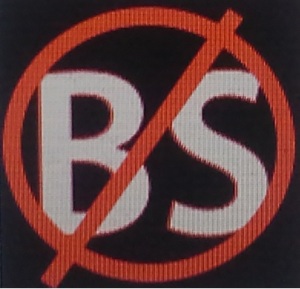 SILICON BEACH – The war for truth gained an ally this week with the announcement that a new ‘bullshit detector’ has been developed to verify claims posted on the Internet.

Representatives from Bold Face, Inc., said the software application, coyly named “BS,” scans the URL of a web site and uses an algorithm to cross-reference comments and facts about the site available on the Internet, to rate the likeliness the site’s claims are true on a 1 to 100 percent scale.

The app was developed in part to combat increasingly sophisticated consumer phishing scams as well as exaggerated claims, half-truths and all-out fabrications that have transformed the Internet into a shameless fleecing ground for criminal activity and outlandish marketing schemes, according to Michelle Conway, Bold Face’s principal and primary developer.

“The Bullshit app will ensure truth, justice and the American way is restored to cyberspace,” Conway said. “The reign of Internet lies has come to an end.”

Meanwhile, representatives from competing companies claim Bold Face’s BS app will do little to stem the manipulation of truth, deliberate or otherwise, to be found online.

“The problem with the BS app is that it actually creates more BS,” said Wayne Ziegler, whose rival start-up, Face Off, is developing software similar to Bold Face’s. “Because sites are verified based on what is already known about them, dishonest Internet users need only add more false information to other sites to make claims of the original site seem true. BS will make the work of bogus bloggers, hacks and other scammers more difficult, but it won’t put them out of business.”

The leadership at Bold Face, however, is confident in its product.

“We have conducted over one hundred in-depth studies that have shaped and modified the algorithm we use, and we are constantly finessing our work,” Conway said. “I believe the average Internet user will be grateful for this free software we have developed, and those trying to prey on them will have a harder time doing so.” 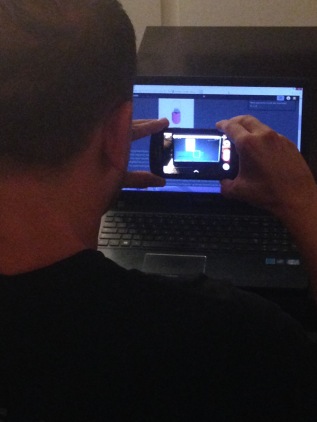 Bold Face has plans to expand its bullshit-detecting services into new application software that will record audio and visual physiological information of people scanned in real time or through video feeds to determine the veracity of their claims — a smartphone version of the traditional lie-detector test, according to Conway.

“My hope is these apps we are creating will one day allow a consumer to go to their local car dealership, ask for the lowest price they could pay for a car of their choosing, hold up their phone, and the app will scan the salesman’s body language and verbal cues during his response to determine with reasonable certainty whether or not he is telling the truth, before the conversation goes any further,” Conway said. “It is my wish that apps like these will bring a new level of transparency in our day-to-day dealings with each other, and save a lot of honest people time and headaches.”

Ziegler, on the other hand, feels these apps need more improvement before they are ready for the mass market. Face Off, he said, is currently working on pattern recognition software similar to the kind Conway describes, but there are some notable shortcomings.

“Take the President of the United States,” Ziegler said. “Currently, she has about a 47 percent approval rating, and guess what? If you run this kind of software on a site in which there is video of the President giving a speech, you will be told that what you are hearing is likely 47 percent true, based on her popularity at that given moment. My point? Sometimes the truth is not what can be verified, but only what people want to believe.”

IS THIS ALL I KNOW?